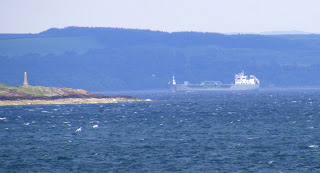 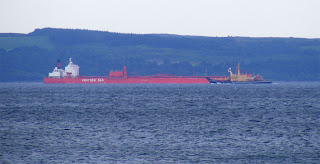 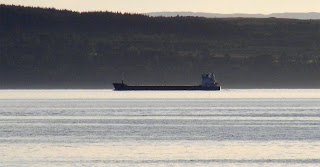 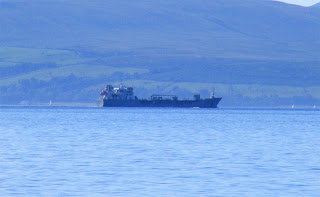 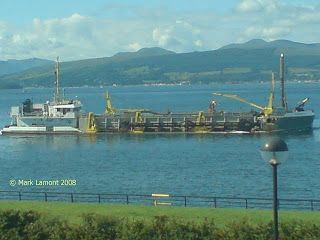 Hopper dredger Sospandau seen off Greenock 04 July 2008. She is involved in backfilling the Kingston dock for housing development.
No comments: 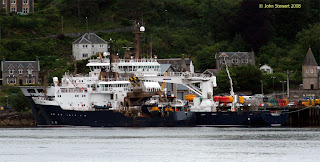 NLB duo Pole Star and Pharos lying at their facility at Oban 02 July 2008. A dramatic difference in scale between them?
No comments: 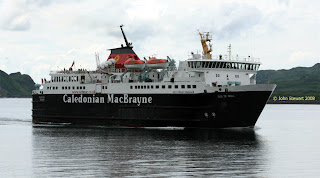 PSPS paddle steamer Waverley arriving back at Largs 03 July 2008. This may have been her first commercial run of the season (at least the rain went off for their return). 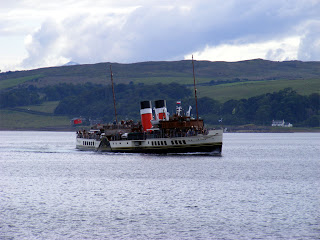 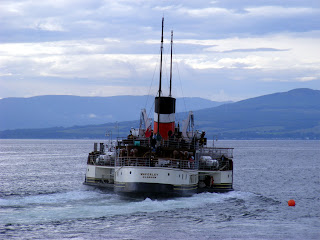 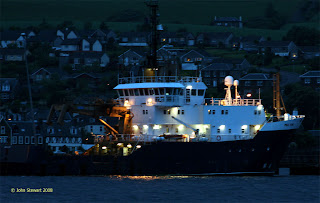 NLB Pole Star in Campbeltown 02 July 2008. She has been here since the weekend inspecting local buoyage and lights such as The Ship light at Sanda. She appears to have moved on now as she has not returned this evening.
No comments:

Two "Hunt" Class mine hunters have been exercising in Campbeltown Loch over a 24 hour period. In reality, they were sheltering from the bad weather in Kilbrannan Sound! Middleton (M34) was built by Yarrow and completed in 1984 and Quorn (M41) was built by Vosper Thorneycroft and completed in 1989. Both ships carry the "Hampshire Rose" emblem on their funnels which denotes that they are based at Portsmouth.
No comments: 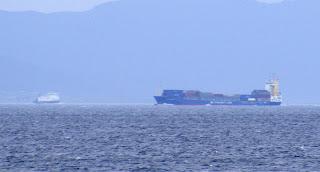 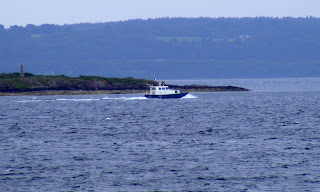 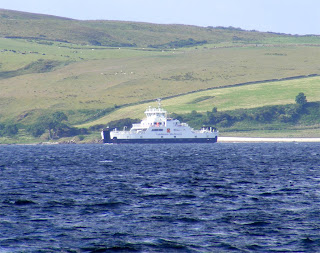 Caledonian Macbrayne's Loch Shira carries out her regular emergency drills in the lee of Cumbrae due to the fresh (force 6) SW wind 29 June 2008.
No comments: 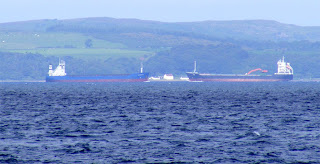 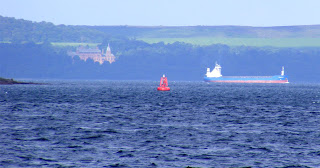 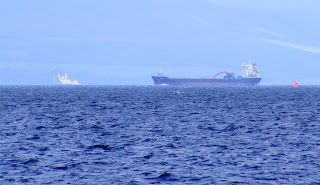 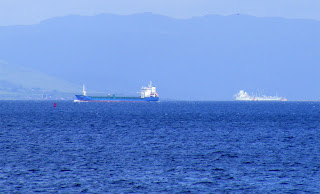 Coaster Frida heading for Esbjerg, Denmark with RFA Orangeleaf being escorted into Loch Striven by SD Impulse and SD Nimble in the background 29 June 2008.
No comments: 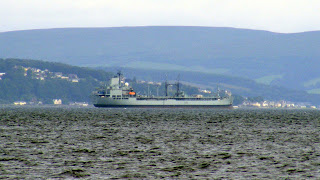