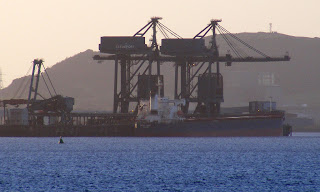 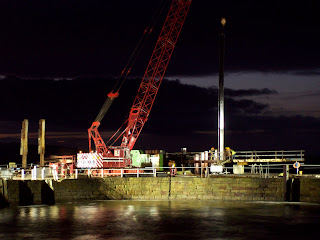 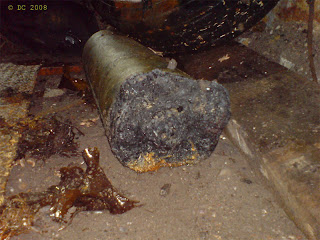 A unique picture (again, as far I know!!) of the WWII munitions which were found (and laid on the pier!) by the contractors 08 December 2008. Provided by ClydeNavalGazing correspondent DC.
No comments: 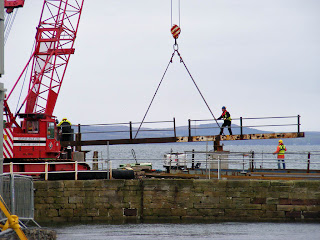 Another piece of the jigsaw in place 15 December 2008.
No comments: 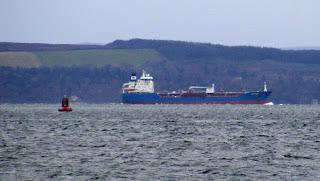 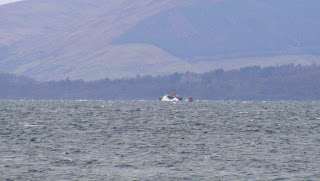 SD Waterman takes some weather as she goes around to the lee side while delivering potable water to Silver Constellation 15 December 2008. I was under the impression that Silver Constellation had been given permission to proceed to Lisbon for repairs, however, she is still here!
No comments: 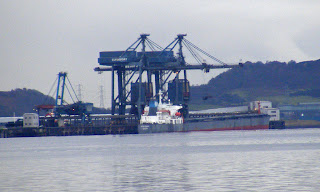