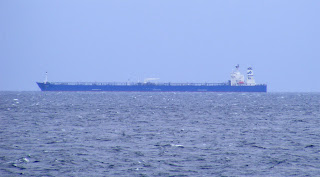 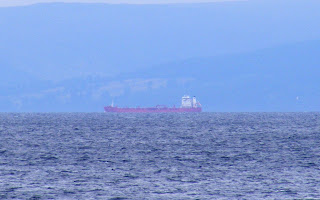 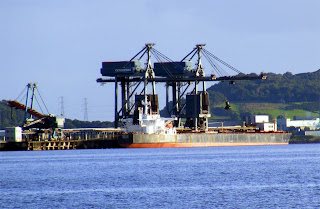 Bulk carrier Mathilde unloading at Hunterston 04 September 2008. She is already well up by the stern!
No comments: 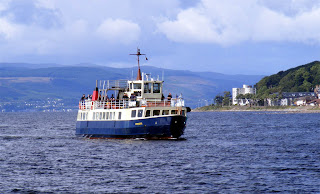 Clyde Marine Services' Cruiser heading for Largs Pier with a complement of observers from Daring 04 September 2008.
No comments: 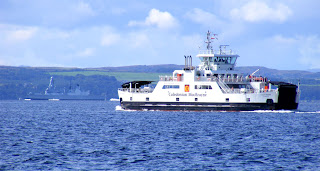 Daring heading out on further trials for the Cumbrae Gap after a boat transfer of observers 04 September 2008. Customs vessel Sneeker (oops, typo) in the background.
No comments: 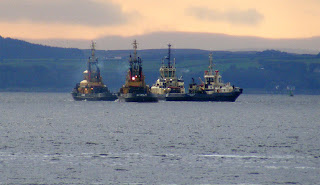 Strange sisters (but sisters none the less!) naval support tugs SD Impetus, SD Impulse together with Svitzer tugs Ayton Cross and Svitzer Mallaig await the arrival of Mathilde 03 September 2008. Kindeace is not currently on the Clyde (Warrior III?) so the merchant tugs are maybe a bit outnumbered (Mathilde is over 160 000 tonnes DWT!).
1 comment:

Bulk carrier Mathilde inbound for Hunterston 03 September 2008. Oh, where has the summer (and the light) gone? As a matter of interest SD Impulse was the back door on this occasion!
No comments: 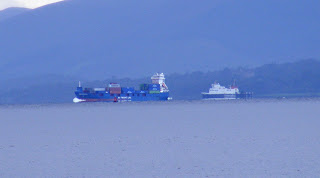 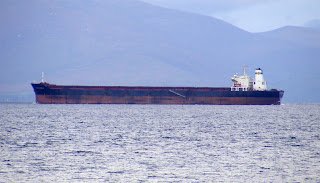 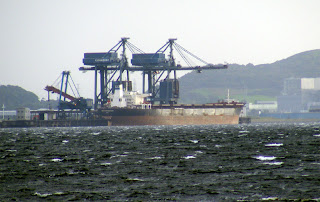 Bulk carrier Constantinoupolis lying at a blustery Hunterston 01 September 2008. I don't think that she will be here for long given her freeboard (and the fact that Mathilde is already lying in Irvine Bay?).
No comments: 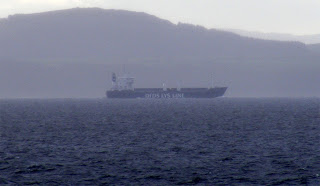 Container vessel Lyshav inbound for GOT 01 September 2008, a changeable day for cameras!
No comments: 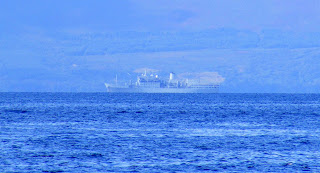 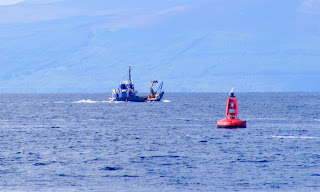 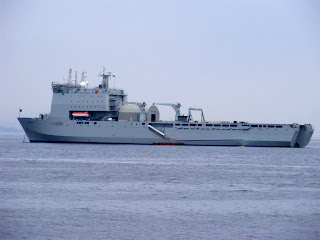 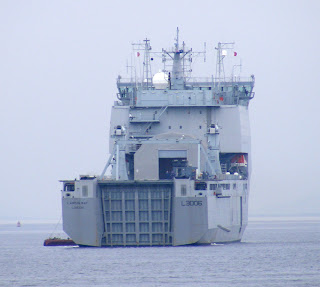 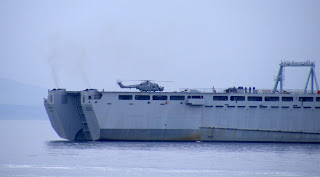 Largs Bay fired up her main engines in advance of the arrival of bulk carrier Constantinoupolis in case a position shift was required (Largs Bay was lying in the Hunterston Channel). In the end no move was required, the pilot did a masterly job! 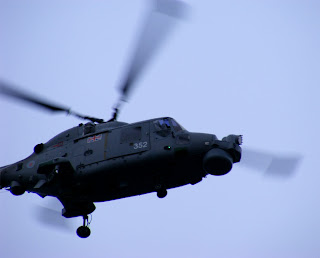 Largs Bay's Lynx helicopter coming ashore to recover her Captain who was a special guest at the Viking Festival.
No comments: 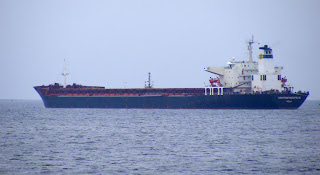